A Note From a True Cardinals Fan... 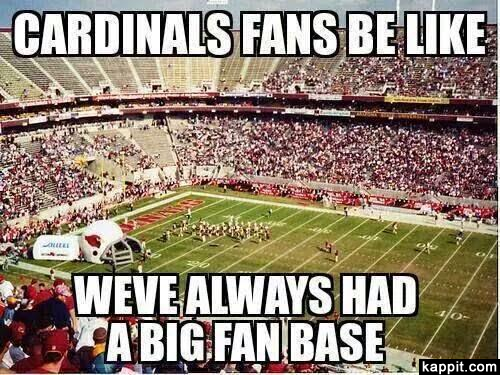 Up until 2006, when the new stadium was opened, Cardinal fans, both in and out of the Valley and Grand Canyon state, were few and far between.  For most true Cardinals fans we remember the days when the above image was an all too common site, and for good reason, for the Big Red was mired in mediocrity, and has been for most of the 100+ years since the club was formed in 1899 on the South Side of Chicago.  For us die hard fans, humor helps us get through the seasons, much like it has helped Cubs, Buccaneers, and Lions fans, just to name a few. We need humor, for without it we would all take life way to seriously.

So, if my memes offend or piss anyone off, keep in mind that football is a game and not life, for it is the glory and fun of the sport that keeps us forever young.  Memes convey an idea in a humorous way and help remind us to chill out, especially after a bad loss. At the end of the day what is most important for all of us, both new and old fans, is that the sport and team bring us together and help bridge our cultural, political, religious and racial differences, and make us all one! Win or Lose :-) 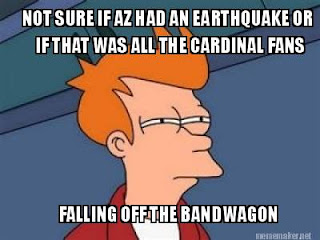 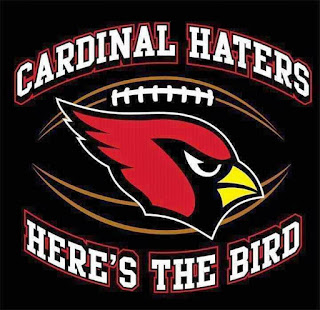